Flo and Andy were a Trade Rat couple who lived at the edge of the Chihuahuan Desert in southern New Mexico. Flo had dug their den (aka “midden”) on an abandoned ranch, close to an old well that had dried up ages ago. Although they weren’t exactly in the desert, the land was thick with mesquite, chaparral, agave cactus and peyote.

Little did the couple know that the ranch had been a hideout for famous bandits and desperados in the nineteenth century. Or so the new owner, who’d recently moved in, claimed. And if Flo and Andy had been cynical Trade Rats attuned to human affairs then they might have made the connection between the advent of the new highway that passed less than a mile from the ranch and its heretofore unknown history as an outlaw hideout. And if Flo and Andy knew how to read read, they would have understood the sign that the new owner had erected at the ranch’s entrance:

END_OF_DOCUMENT_TOKEN_TO_BE_REPLACED

I’m afraid of heights, close places, and small talk with strangers. This makes me a crummy candidate for riding in planes. Which is fine because I’ve only been on one air trip in my life, and I will never do it again. I’ll go by car, rail or ship first. Hell, I’ll walk, if it comes to that. A friend once told me that air travel is statistically much safer than going by sea. She also reminded me that I cannot swim. I retorted that I may learn how to swim anytime I please, but that my prospects for self propelled controlled flight are limited.

Excellent questions usually attract poor answers. For instance “Why do some people joyously skydive and bungee jump, while others clutch the sides of their chairs until the blood has left their knuckles just contemplating those activities?” I usually reply to something like that with “You never hear about anyone leaving a crater after she falls off a barstool, right?” Yet, later on, when doomed to spending time with my own thoughts, I wonder why I am afraid of the devil may care aspect of life.

END_OF_DOCUMENT_TOKEN_TO_BE_REPLACED

Clatty bastards the lot of them.

END_OF_DOCUMENT_TOKEN_TO_BE_REPLACED

My Uncle Andy always said that even as a boy his cock touched the floor. That was a possibility. He is in a few medical books as having had the worse case of rickets ever documented.

END_OF_DOCUMENT_TOKEN_TO_BE_REPLACED

Jimmy’s knees were indented where his elbows dug into them.

He gently moved to and fro on the swing. He could hear his father singing some old song that he’d heard too many times. He looked across the road and saw Charlie The Paedo staring at him. Jimmy knew if he told his dad, he’d end up in jail again.

He heard the pub door open, “Here you go son. Is your mum not back from the bogs?”

The boy shook his head. He accepted the crisps and can of Coke.

END_OF_DOCUMENT_TOKEN_TO_BE_REPLACED

Straight gin that is.

I know exactly where it started…My love for the gin.

I used to go to my mum’s boss’s house with my parents and I was allowed the odd can of beer. One night that we were there, his old aunties were visiting.

END_OF_DOCUMENT_TOKEN_TO_BE_REPLACED

So, Hugh now joins the teeny tiny group – well I say group – there’s only one other, of writers with 100 posts on the site. CONGRATULATIONS.  It is fair to say that it has probably been harder for Hugh. As editors I think we are tougher on ourselves than we are on other authors. We are so keen not to be seen to be showing any sort of positive bias that we are brutal with each other. However, Hugh always accepts rejections and edit suggestions with good humour, humility and professionalism.

He is the backbone of Literally Stories, he has kept on going through his own personal traumas, never letting what is happening in his life get in the way of his work on the site. He has been an incredible rock when the rest of us have had our own dramas, kind, sympathetic and stoic (hahahahaha – his hate word – ha) and he makes the work, which at times can feel overwhelming, worthwhile and rewarding. As well as the reading and emails, Hugh comments on the stories and together with other of us give feedback to authors who have requested such or who we feel deserve an explanation as to our decisions or a suggested edit. He writes almost all the Saturday roundup posts and let’s be honest they are hilarious and a brilliant end to the week, even though the times when he says ‘That’s it there, Diane. Sorry’ I do quake in my boots.

I have never actually met Hugh, or Nik in person, or Adam or Tobias for that matter, but I count them among dear friends, but Hugh, and Nik are the blokes I want to have a drink with, the blokes I can count on to unload to when life throws cabbages at me and I just want to say thanks and, Hugh, my life is richer for knowing you. You are a fearless, uncompromising writer and I admire that more than I can say and many, many Congratulations on reaching this outstanding milestone.

It was a typical day in the life of Jim and Debbie, the parents of SeptemberThe28th.

They were on The High Street championing their offspring’s cause as usual. They wore their ‘Asexual Is Not Fluid UCUNT!’ Tshirts, The back of which said ‘LGBTQI+Forever!!‘ And underneath that was ‘I am not a label!’

END_OF_DOCUMENT_TOKEN_TO_BE_REPLACED 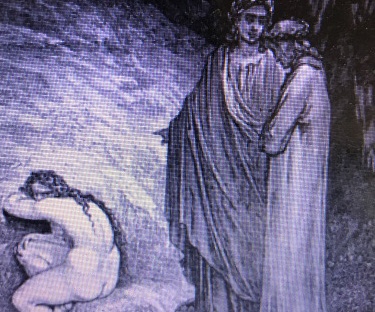 This is one of two stories that I’ve been given free gratis with. I really do appreciate that and that is why I wanted to explain why I chose this one.

I was playing around, for so many reasons, with changed perceptions and this is what I came up with.

My fellow editors felt the content was too strong but it had to be for what I was going for. I wanted to see if I could alter a reader’s sympathies and to do that I needed the situation to be so abhorrent that they would need a real change of heart.

I wondered if we always fall down on one side or another with our sympathies or were there situations where, until all was revealed, our initial gut feelings may not be relied on and would be changed not just dramatically but more than once.

END_OF_DOCUMENT_TOKEN_TO_BE_REPLACED

Foreword: This is a story that I have been given the go ahead with even though it was a split decision and wasn’t accepted as a majority. I am very grateful.

I wanted to explain where this came from. I think this is the best example I have of a state of mind dictating a story. Writing is therapeutic. To go somewhere you would never tread yourself is as liberating as you can get. I’ve always thought when life really gets to you, do something horrific on a sheet of paper. Challenge yourself to write a character that has no redeeming qualities what-so-ever.

You can end up with something dark, ‘passionate’ and an MC that you’ve absolutely no empathy for.

…And its fun to worry those who want to analyse the writer more than the story!

(Last Warning – Very strong language and distasteful adult content / attitude. Do not read if you are liable to be offended.)

END_OF_DOCUMENT_TOKEN_TO_BE_REPLACED

Tammy had received her call back from NHS24. She went through the formalities and had been put onto the triage nurse.

She felt a tear as the pain got worse. Explaining herself for the third time didn’t help.

“Tammy, I’ve been trying to tell you, a doctor can’t help you. You need to be in hospital. You’re blood pressure needs monitored, bloods taken, medication decided on. We need to do something about the infection. You can’t mess about with it. We need to keep an eye on you.”

She thought for a second, but it was a no-brainer.