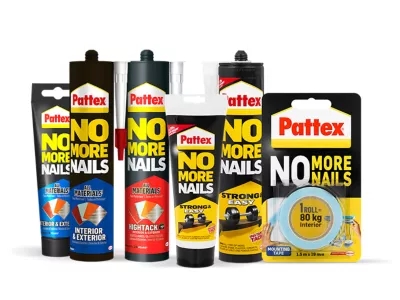 If we go by past weeks, Leila will be doing the post next week, which means, I want to mention something this week, that, if I was doing this post next week, I would have mentioned it then.

Easter is creeping up on us, just like that crazy cat Judas did to a Roman before he whispered into his ear. I don’t think he won ‘Friend of the year’ that year. Anyhow it has struck me how there aren’t many religious things in the shops. There are plenty of tacky bonnets to put on your poor old demented granny. (I still believe that should be classed as a form of abuse!) And there are loads of ‘Easter toys’ which have fuck all to do with Easter. Now-a-days, wee Johnny and Jeannie don’t get a Jesus action figure that when his side is squeezed, he bleeds from his hands and feet (Red syrup not included) they get a Paw Patrol or Peppa Pig play centre…How very Christian!

I’m thinking on organising a market stall and going to The Philippines next week to see if I can sell any of that job lot of ‘No More Nails’ that I acquired, just in case those Snowflake Millennials want a go.

Anyhow onto this week’s posting number 371.

You don’t really need courage to take on some subjects, you just need to be true to the subject.

In these times of ‘Trigger Warnings’ that become a fecking half page list, the PC brigade and The Enraged, I reckon a lot of writers fear what subjects they take on. Do you know that ‘The Enraged’ get sexually aroused when they see that there will be plenty for them to be enraged about after they have read every word!

I’m not too clear if they realise what being sexually aroused is. Well not with other people.

If you have ever had this fear after writing a story my simple piece of advice is don’t be!!

If the attitudes, opinions and situations are all about the characters then you have no need to worry.

I’ve mentioned this before and we had a discussion a few weeks back that has made me re-think this. I did and am still happy with that sort of reasoning.

I know that a helluva lot of folks would be outraged at that statement and would deny any of their own shortcomings but the guy had a point and a huge set of balls for constantly saying it.

No-one should fear what they write due to us all now becoming (??) or striving to be (??) completely tolerant and perfect Human Beings.

…’Perfect’, ‘completely tolerant’ and ‘Human Beings’ are words that will never be truthful if put together and stated as fact.

A word of warning, if you’re ever tempted to write a perfect character with no prejudices from your perfect point of view, it will only be believed by a Unicorn who is in a coma after a rainbow sherbet overdose.

Okay onto this week’s stories. Two new writers, two long time friends and one of our lovely editors had their stories published over the last five days.

We have a weekly constant at the moment and that is a tale from Tom Sheehan.

‘A Saddle In The Desert‘ was our first story of the week.

‘Reminds me of those old cowboy films.’

‘This held me all the way through.’

‘It flowed very well and I know this is one of those that Tom loves to write.’

On Tuesday, the imaginative and enigmatic Leila Allison privileged us with her pen.

‘The Good News Club‘ was her latest story for us.

‘The ending was solid and satisfactory.’

Our first new writer was Serenity Marshall. We welcome her and hope that she has fun on the site.

‘Waiting For Daddy‘ was next up.

‘Serenity conveys a culture without telling us, that is well done!’

‘Poignant but the middle section with the vision of the future lifted this to something special.’

A.J. Lyndon was next up with ‘The Seventh Wave’.

We extend the same welcome to our second new writer and we hope to see more stories from both of them.

‘Not my favourite genre but this was very well done. I enjoyed it!’

‘The style suited the MC.’

‘The subject has weight.’

We completed the week with one of our most interesting writers. Tim Frank is always worth a read!

‘The Peephole‘ was published on Friday.

‘Loved the sentence, ‘He was a virgin, a fact he didn’t hide from his mind.’

That’s us for another week.

We know you read it, we can see the viewing figures so come on, give yourself a showcase to write a spiel and ask some questions on an older story that you’ve enjoyed!

Just to finish off, I have a confession to make – I haven’t read much Dickens but I’m aware of the times he wrote about.

This came to me as I was reading what our Chancellor, Richie Rishi Sunak was ‘helping’ our poorest people with. In true Scrooge McDuck style, the little arrogant’ out of touch’ millionaire two hundred times over’ wealthy fuckwit’ handed folks pennies when the economy is taking back pounds.

I have no problem with anyone being wealthy (I wish I was myself!!) but the fucking hypocrisy in that man doing a job where he is making decisions regarding the lowest earners is nothing but a fucking insult!!!

…And for the little snottery nosed, over privileged twat not to see this, is an arrogance only a British Cabinet Minister is happy to live with.

I just remembered something regarding our completely in-touch with the poor prick of a chancellor.

There was an episode of ‘Question Time’ where the panel were asked what Politician would make a good Bond and some sycophantic fuck stated, ‘I think my boss, Rishi Sunak’ would make a great Bond.’

I was nearly sick and just prayed for some audience member to shout out,

…I would have happily chipped in for their bail!!!!