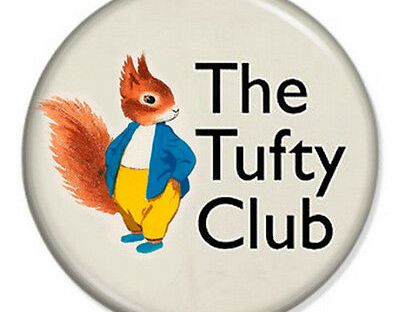 Thanks to everyone who took part in last weeks celebratory post!!

It was a lot of fun to do and to see the response.

Onwards and upwards to posting number 301!

This week we had Black Friday – Or ‘Greedy Fuckers Day / Week’.

And when I say greedy fuckers, I mean the supermarkets, Amazon and those who can afford a saving.

Don’t you just love those folks who can save two hundred quid on some sort of unneeded gadget when they spend four hundred.

Being able to spend that type of money is a luxury that only a few can afford. I mean, I think I’ve won a watch if I can get a six pack of chicken fillets for a fiver.

If retail really does want to ‘give something back’ (Lying cunts) they should take two thirds off food and hygiene products for the fucking week that they call a day.

I just wonder what stories these techno-isolates will ever be able to relate to their family and friends (If they have any) when they get older. That is if they get older because surely we must be due a much needed revelation about mobiles and brain tumours.

In our day, we had the retired talk about heroics in wars, hardship at work, struggling to feed their families, social change, disease and advance in medicine. In just a few years we will have our older folks talk about sore thumbs, the wonder of emojis and how Jimmy The Perv eventually sent them images of him having a wank. Isn’t it sad that Jimmy is the most interesting thing that they could talk about!

My point is, when writing we were all inspired by the stories and experiences that we were told. When we heard these stories we heard the words and saw genuine, fear, passion, sadness and every emotion under the sun. I don’t think it would be the same with ‘Stormd machne gn pst by myslf’ Happy face, happy face, thumbs up!!

Okay, onto this weeks offerings.

We had one new writer, one returner, two writers on their fourth stories and an absolute legend.

Our topics this week include; a life choice, denial, invasion, death by cop and a bike race.

The intriguingly titled story, ‘Worm Cheeks And The Quest For Lunar Secrets.‘ began the week.

This was Brandon McWheeny’s first story for us. We welcome him, hope he has fun on the site and more importantly, we hope to see more of his work.

‘What an unusual couple living off the grid.’

‘They accepted what couldn’t be changed.’

On Tuesday, Tim Frank graced the site for the fourth time.

His story ‘ Picture Frame‘, was next up.

‘This made you uncomfortable.’

‘We all kid ourself in some way.’

‘Not recognising what was right in front of him is something that we’ve all done.’

Jenny Boyes was another fourth timer who had her story, ‘The Last Light Of The Library‘ published on Wednesday.

‘Every now and then you need reminding.’

‘This is only like fiction, the reality is heart-breaking.’

‘The Last On The List‘ was our story for Thursday.

This was Robert P. Bishop’s second outing for us.

‘You weren’t sure what his intention was and that was well done.’

‘Going out that way is always interesting to explore.’

And to end we had the legend that is Tom Sheehan. It’s taking me longer each time to count his stories. Let’s just say if he keeps going this way one hundred and fifty will be an easy reach.

‘Out Of The Universe Endlessly Calling‘ finished us off on Friday.

‘The good guys came out on top, which I liked!’

‘Well done with an excellent pace.’

‘Tom keeps on trucking with some excellent stories.’

That’s the round-up rounded up.

Isn’t weed-killer shite now-a-days. But to be fair, the way I ignore my garden, I feel as if I’m battling Triffids. If anyone complains, I just tell them that I’m leaving it as is for the bees. They never complain twice as the Triffids get them and then they go about their business, ironically, just like a drone.

And have a go at The Sunday Re-Run. Just pick an older story that you’ve enjoyed and write a spiel or an introduction. Throw in a few questions for the writer and we will publish exactly what you send us.

Just to finish off, we’ve lost quite a few entertainers and actors this year and I saw this week that Dave Prowse has passed away. Most folks know him as the body of Darth Vader. Here in Britain we knew him as ‘The Green Cross Code Man’ who taught kids how to cross the road safely. But before him was Tufty who was a squirrel. I thought it was quite clever using an un-squashed squirrel as an ambassador for road safety.

What folks didn’t know was that ‘Tufty’ was tough. He was a mad mental bastard who didn’t go quietly. That was why Big Dave started body building, just in case Tufty came after him.

And he did, it was a fight to the death and it was during the fight Tufty emphasised a revelation to Dave, he screamed, ‘Look, I’m your father!!’

Big Dave was perturbed but his anger took over and he ripped Tufty’s head off when the squirrel taunted him with his real name, Sue.

(Other public information adverts worth seeking out are: Coastguard, Lonely Water, Aids and Clunk Click – So much weirdness in sooooo many ways)

Oh yes, if you want nightmares look at the Lonely Water one – jeepers – and the Black Widow one for careless driving. give me a Tufty any day!! dd