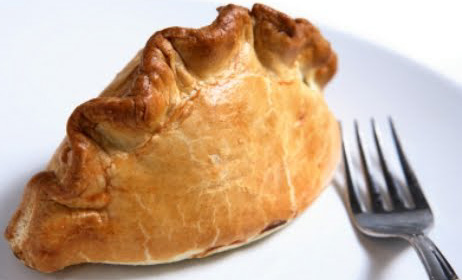 I hope everyone had as good a Christmas as possible.

I do think that today, not the day that I am writing this, but the day that you are reading it, unless it is any other day than the day that it was posted, is the most depressing day of the year. It feels like those depressing Sunday nights where Monday mornings loomed.

Maybe it’s just me and I don’t know why I feel that way. Maybe something happened to me in a past life.

Boxing Day has had its share of disasters, the 2004 Indonesian Tsunami being up there with the most heartbreaking.

I had a look and I saw that ‘The Exorcist’ was premièred on Boxing Day in 1973. Nothing says more about Christmas overindulging than pissing yourself and copious amounts of vomit.

There are another couple of B-Sides that I know of that were brilliant, depending on your musical taste or level of madness. Bowie’s ‘Space Oddity’ is beyond timeless but on the other side there is also a belter of a song, ‘The Man Who Sold The World’. And I hate to say this but Lulu did a superb version of that song. And she actually heard that being performed by the absolute genius that was Alex Harvey. (Check out his version on YouTube)

My curiosity of the other side had nothing to do with the early demise of my Uncle Bill, it had to do with me realising that I loved ‘To Remind Me’ more than ‘Solely Solely’ by ‘Middle Of The Road’.

I always thought it ironic that their lead singer was called Sally Carr.

And there are some more hidden gems that I remember like ‘Sugar On The Floor’ by Elton John which was partner to ‘Island Girl.’

I think it’s sad that we don’t have the joy of finding these wee bonuses anymore. It’s the same as a double yolker, that was at one time a pleasant surprise, now you can buy them guaranteed. It’s just not the same.

Even finding a fiver in your jeans pocket doesn’t raise your spirits now-a-days. I suppose you could always treat yourself to one double yolker from a Farmers Market. Although you’d have fuck all left to buy a loaf for soldiers.

Okay, onto this week’s stories.

We only had four stories this week as we thought there wouldn’t be much traffic on Christmas Day and that would have been unfair to whoever was scheduled.

We had three new writers and a total legend.

To all our new writers, we welcome them, hope they have fun on the site and as always, we ask them to send us more of their work.

Our topics this week include; swimming, branding, infidelity and a conclusion.

‘So much in amongst the story’

‘This is full of more than just the moment’

‘The way Tom is going, the double century may be done within the year!’

Her story, ‘Quarters‘ was next.

‘The emotions were captured so well.’

‘This had everything going for it.’

‘The suicide is something that you want to mull over.’

Newbie number two broke the back of the week.

Simo Tchckni had their story, ‘Boundless Growth‘ showcased on Wednesday.

‘A Story with emotion and passion.’

‘The beginning was very well observed.’

And we finished off the week with our last new writer, Jessica R. Clem.

Her story, ‘Remember To Shift‘ was published on Thursday.

‘We don’t know where she is going, we can only conjecture.’

‘This is one of the loveliest pieces of writing I’ve seen in a long time.’

That’s us folks for another year.

Please keep commenting, it really does make a difference.

And why not have a wee resolution to yourself that states that you will send in a Sunday Re-Run even only three times next year. We’d enjoy the good intentions and be saddened by the normal broken promise.

Just pick an older story that you’ve enjoyed and write a spiel or an introduction about it. Throw in a few tricky questions for the writer and we’ll publish exactly what you send us.

To finish I thought I would write you a wee parable.

Winston was born into money.

His parents could afford to show their dislike of him and he in turn could express his boredom with them.

He grew up gender identifying as a Cornish Pasty that had a shelf life of three weeks.

Winston fell in love with a mirror but was repelled by the reflection so it (Winston now used the pronoun ‘it’) paid to have it removed.

Winston and his mirror lived happily ever after.

Winston considered himself the luckiest Cornish Pasty with a shelf life of three weeks in the world.

But the removed reflection didn’t fair so well and was bitter and twisted.

He, as he was a he, sneaked into Winston’s bedroom and lifted the mirror from Winston’s arms and smashed it over its head with it.

Winston was cut to pieces.

Winston was bleeding and as it looked in a sliver of mirror it realised that all this time it was identifying as a Cornish Pasty with a shelf life of three weeks who had fell in love with a mirror without a reflection, it had been wrong. It wanted the same as it saw in that sliver.

…Winston finally came out of the box as a gender proud pizza and bought Dominos so it could have as many sexual toppings as it wanted. (The pronoun stayed the same which was a bonus).

Winston considered itself the luckiest Meat Feast in the world.

The moral of that story is…

…Don’t finish your bottle of brandy whilst writing one of these postings.

Merry Christmas and a Happy New Year to everyone!!!

PS – Lots of love to my absolute rock – Diane!!

And three guys I’ve had the privilege to have in my life at one time or another, Nik, Adam and Tobias.

PPS – I think I’ll leave stories with morals to the wonderful Leila!! All the very best to you, you lovely enigma!!

PPS – If anyone gets anything out of my parable please seek professional help – You are well and truly fucked!!

Ah, Hugh the inconstant love of the Cornish Pasty with a shelf life of three weeks. So fickle, so self absorbed, so unfaithful. thank heaven’s I say for the salvation of the meat feast. dd Love to you and Gwen and all the very very best for the coming – oh lord – coming whatever!!! dd

8 thoughts on “Weeeeeeeeeeeeeeelll, (I checked Phonetically) Chic Young Is A Legend And Who Wants A Pasty When You Can Fuck A Sophia Loren?”