When somebody in town sneezed —pop! — they disappeared before you could say gesundheit. That’s one of the bedtime stories I remember our uncle telling Lucy and me. I think I was five or six. Lucy is a year younger. His name was Trevor, but we called him Uncle Story. His tales always had a simple moral. For example, some kids made fun of an old lady who sneezed so she put a hex on the whole town. Uncle Story said we should always respect our elders.

END_OF_DOCUMENT_TOKEN_TO_BE_REPLACED

Linny moves in upstairs to apartment 2B, so finally, Nadine, my wife’s kid has a buddy for first grade. I put out Coca Cola and Oreos when Linny comes down to watch cartoons with Nadine. Cook them bacon for supper when the wife goes to sisters in Paloma, leaving me in charge.  Nothing sweeter than the smell of Linny’s nape – like peppermint Chiclets, fabric softener and perspiration all rolled into one.

END_OF_DOCUMENT_TOKEN_TO_BE_REPLACED

Rio sits in an orange and yellow faded tent in the middle of an overgrown field. The sun is low in the sky and slants through the branches of trees that died long ago, grey and brittle instead of green and supple. There are buildings not too far from him—houses—but Rio doesn’t go to the houses. His parents told him not to go there.

END_OF_DOCUMENT_TOKEN_TO_BE_REPLACED

Dad locked my sister Nan and me in the bathroom when he had girlfriends over. This was always late at night, after his shift at Bavo’s Bar. He thought Mother would have taken us when she left. I was twelve and Nan fifteen.

END_OF_DOCUMENT_TOKEN_TO_BE_REPLACED

Huddled in the dark, the three children shook at the sight of the black horse. It’s head, bashed in from madness, left a bloody smear along the splintered barn wall. It’s body was too still on the dusty floor. For Walter, the blond-haired boy of four, it was just a rigid, mountainous shadow. It frightened him to watch the beast, the devil and his illness finally take hold of the animal. The silence that followed that was unbearable, unclear. Walter felt that something was very wrong but his innocence would not allow him to understand the stillness of the mare. As his unease grew, consuming his little heart, he buried his head into his older sister’s arms for relief.

END_OF_DOCUMENT_TOKEN_TO_BE_REPLACED 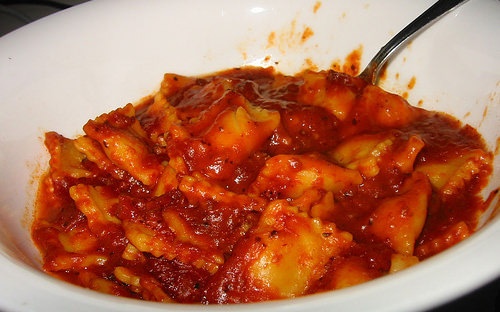 I can’t think about my brother William without cringing from guilt.  What a terrible childhood he had.  None of us loved him or tried to make him part of the family.  He was just someone who shared space with us. Which was a tragedy.  For him.

END_OF_DOCUMENT_TOKEN_TO_BE_REPLACED

Are you over eighteen?

I’m sorry, I didn’t mean to offend. Gerard sips his coconut milk coffee, then places it back on the mint green saucer. At least that’s what I imagine him doing whilst he’s typing away to me on his phone. I picture him trying to hide what he’s doing from his wife and kids as they sit around the sofa together watching a family movie. I picture him feeling embarrassed and adrenalized all at the same time You just look young in your profile.

END_OF_DOCUMENT_TOKEN_TO_BE_REPLACED

“Cardinal Mahoney, this is your official interview for acceptance into Heaven. I will ask you questions, give you time to respond and close this interview by giving you a chance to make any corrections or to add any information. Cardinal, do you understand this process?”

END_OF_DOCUMENT_TOKEN_TO_BE_REPLACED

“You could eat off her floor,” Miriam often said in a half envious way, if Dora was present, and in a half mocking way when she was not.  “I drove her home that day when her car wouldn’t start and honest to God, you’d think that floor had never been stepped on.  I mean, it was like a mirror it was so shiny!”    But what Miriam and her coworkers did not know was that Dora actually did eat off her floor.