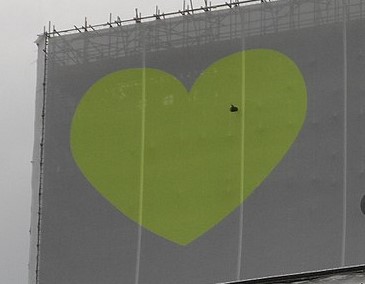 ‘We were fair game
but we have kept out of the cesspool.
We are strong.
We are the good ones.
Do not discover us
for we lie together all in green
like pond weeds.
Hold me, my young dear, hold me.’

The sound at the end of the phone was a metallic female voice, not her mother’s. “I’m sorry.” Pause. Her mum’s voice: “ANGELA.” Pause, then the robot woman again.

“… cannot come to the phone right now. Please leave a message after the tone.”

“Mum, I don’t want you to worry, but please call me back if you can. I just wanted to tell you… I forgive you.”

She walked over to the fridge, with Rex trotting alongside her. The floor already felt warm on her bare feet. There was a box of mushrooms which were a couple of days past their use-by date. It didn’t really matter now.

She had the mushrooms, seeded bread and a wilting bag of spinach. Mushrooms and spinach on toast, that would be nice. As she reached into the bottom drawer of the fridge, she caught sight of the tattoo on the inside of her left wrist. Hope, faith, destiny, in Arabic. She had always regretted that. Rex nuzzled her ankle and yelped.

She opened the cupboard, and too many plastic bags came spilling out. She had been planning to recycle those.

She poured a little bit too much oil into the frying pan. She always worried about having to pour away her leftover oil, clogging up the sink. That didn’t really matter now.

She sat down to eat at the table and thought about lighting a candle. She glanced at her phone – no missed calls.

The plant on her windowsill was decaying. Money plants, they were apparently called.

The tower of unopened envelopes on her kitchen table, which she had been ignoring, could stay ignored.

The food tasted good, but the bread was a bit stale. It’s hard to worry about food expiring when your walls are filled with poison.

Rex wagged his little tail as he tucked into his bowl of treats.

“Stay put,” they had said. She didn’t have a choice.

She turned on the TV. It was Grand Designs. She had always quite liked Grand Designs. She wouldn’t have chosen it as the last show she ever watched, but it would do. She held Rex tightly and gave him a tender kiss on his fluffy head.

If she stared hard enough, the posters on her walls were already beginning to ripple.

There was no handsome prince coming to save her now. No white knight fighting his way through the blocked stairwell, the broken lift. Rapunzel, Rapunzel, let down your hair.

“It’s just you and me now, Mr Handsome,” she told her furry baby.

She sunk back into the sofa, watching the ceiling swirl round and round and the walls begin to melt. There was nothing left to do, really, but wait.

Published in memory of the victims of Grenfell

View all posts by literallystories2014

3 thoughts on “Waiting by Hayley Sleigh”