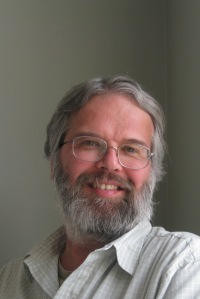 Jeff Burt lives in California with his wife and a July abundance of plums.  He grew up in the Midwest, was tempered on the plains, and found a home in the footsteps of the coastal mountains.  He won the 2011 SuRaa short fiction award.

He has read short stories on KZSC, and has published in journals such as Thrice Fiction, Storm Cellar, Agave, Windfall, Wayfarer, Eclectica and The Cortland Review.

His work is forthcoming in the Louisiania Literary Anthology of the Mississippi River, The Healing Muse, and Clerestory.