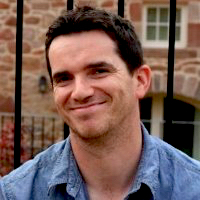 Ian’s debut literary fiction novel The Life Lived has been self-published and a short story of his, Remember To Forget Me, was selected as part of UNESCO City of Literature’s Story Shop programme at the Edinburgh International Book Festival 2015 and 2017. Ian’s flash fiction has appeared in the anthology Tales On Tweet (Harper Collins India) alongside Salman Rushdie and Margaret Atwood, and a short story, An Acceptable Violence, is featured on STORGY.com. Two other short stories, Oh No and Lost Appetite, appear on the Scottish Book Trust website. Based in Edinburgh as a stay-at-home father/writer, Ian writes whenever his two young children allow it and, in spite of this, has recently completed a second novel, The Untimely Deaths of Addison Palmer.