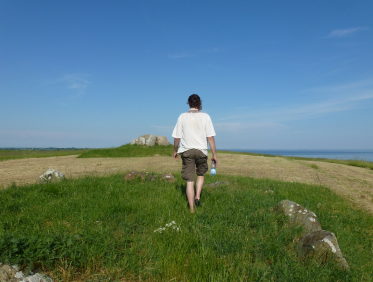 His interests include world mythology, ancient history, Buddhist philosophy and the occult.

He went to Bristol University where he studied Comparative Theology and Religious Studies, before going to drama school and embarking on a ten year career as a Shakespearean actor and clown.

Nowadays he juggles a career as a painter, actor, clown and storyteller with that of a writer.

He is descended from farmers, miners and pirates and likes to think all 3 professions have a bearing on his writers craft.

Or just stealing other peoples.

The World Leapers
The Pirate Queen
Dead Together