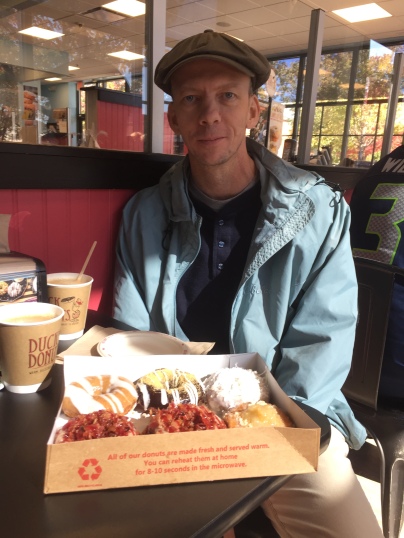 Penny Faircloth draws and paints, in addition to writing stories and poems, and says that drawing, as much as anything, has been formative. His high school yearbook named him most likely to become an ornithologist, and for many years thereafter, he says, he lived a life that was “strictly for the birds.” For nearly a decade, he worked as a cook/baker for a Transcendental Meditation community in North Carolina, New York and Iowa. Penny lives in paradisaical, rural Western North Carolina where he is a manager at Caldwell House, a safe berth for men recovering from chemical addiction.