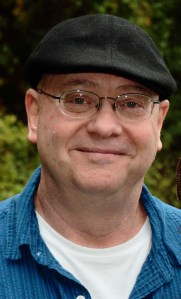 Donald Baker writes under his middle name.  He has had his short fiction published in The Southern Cross Review, The Huffington Post,  Literally Stories,  Indiana Voice Journal (coming in April 2016), and MidAmerican Fiction and Photography (coming spring 2016).  He is currently hard at work submitting his first novel, Bob, P.I. and rewriting several short stories.   He is also an active amateur photographer, an actor in community theater with the Garfield Shakespeare Company, and a progressive spoiler of seven grandchildren.  Somewhere in there he works when he isn’t laid off.  He resides in Central Indiana with his family.

He can be contacted at: dbakerauthor@comcast.net