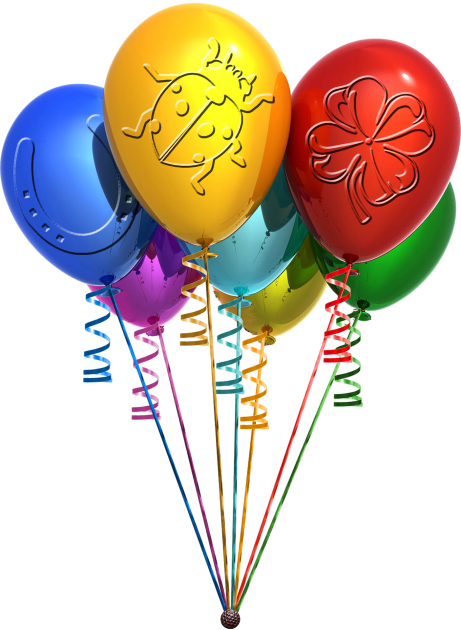 So, Hugh now joins the teeny tiny group – well I say group – there’s only one other, of writers with 100 posts on the site. CONGRATULATIONS.  It is fair to say that it has probably been harder for Hugh. As editors I think we are tougher on ourselves than we are on other authors. We are so keen not to be seen to be showing any sort of positive bias that we are brutal with each other. However, Hugh always accepts rejections and edit suggestions with good humour, humility and professionalism.

He is the backbone of Literally Stories, he has kept on going through his own personal traumas, never letting what is happening in his life get in the way of his work on the site. He has been an incredible rock when the rest of us have had our own dramas, kind, sympathetic and stoic (hahahahaha – his hate word – ha) and he makes the work, which at times can feel overwhelming, worthwhile and rewarding. As well as the reading and emails, Hugh comments on the stories and together with other of us give feedback to authors who have requested such or who we feel deserve an explanation as to our decisions or a suggested edit. He writes almost all the Saturday roundup posts and let’s be honest they are hilarious and a brilliant end to the week, even though the times when he says ‘That’s it there, Diane. Sorry’ I do quake in my boots.

I have never actually met Hugh, or Nik in person, or Adam or Tobias for that matter, but I count them among dear friends, but Hugh, and Nik are the blokes I want to have a drink with, the blokes I can count on to unload to when life throws cabbages at me and I just want to say thanks and, Hugh, my life is richer for knowing you. You are a fearless, uncompromising writer and I admire that more than I can say and many, many Congratulations on reaching this outstanding milestone.

It was a typical day in the life of Jim and Debbie, the parents of SeptemberThe28th.

They were on The High Street championing their offspring’s cause as usual. They wore their ‘Asexual Is Not Fluid UCUNT!’ Tshirts, The back of which said ‘LGBTQI+Forever!!‘ And underneath that was ‘I am not a label!’

This was the twenty seventh slogan, but the last ‘Asexual Is Not Fluid Unless It Is’ didn’t get any response from anyone and they weren’t happy with that, so they had to add ‘Ucunt‘ to be edgy. Unfortunately, most folks didn’t realise that it was an abbreviation and they ended up in a debate about spelling, spacing and phonetics.

Jim and Debbie had been told that this was typical. Society didn’t want to face the bigger issues.

They did a leaflet drop all over their neighbourhood and returned home. They fixed SeptemberThe28th’ s vegan afternoon breakfast and even though they hated the cardboard and synthetic water, they understood their child’s principles. Even rain had to pass by flying birds and that therefore could not be touched.

Debbie explained that she would give SeptemberThe28th an afternoon breakfast hug if they allowed their personal space to be encroached. The offer was refused so she asked, “What are you up to today?”

SeptemberThe28th looked stressed, “I’ve not decided. I need to give myself ten or twelve hours to feel how I’m feeling. Once I do, I’ll get dressed appropriately.”

Their mum looked at them, “That’s fine dear, I’ll give that onesie a wash for you once you’re changed.”

“Parents, we need to talk. I simply must get some therapy.”

Their father looked concerned, “Has anything else happened?”

“Well parent, I can’t stop dreaming about specifics. I have dreamt about genitals. That is bad enough but they were on specific people and you know what that means.”

Both parents were comfortable showing their horror when it was allowed.

Debbie took up the prompt, “Oh good God, September The28th, you’re having nightmares about assigned sexual identity! Is that our fault? Have we not supported you enough? What have we done or said? Was it that time that I referred to your parent as your dad, I apologised for that.”

They took a hanky from their sleeve, “I hope not parent, but I can’t rule it out. I can’t live with any labels, you know that. At the LGBTQI+ we discuss this at length.

“Because our oppressed minorities are feeling left out. For now we need to incorporate all our black their and their. So we are thinking on calling the group, ‘The LGBTQI++BLBGBBBTBQBI+’ but that may have to change because we’re not sure if there needs to be a + at the end. I’ll let you know. We’ll use a question mark for now.”

They both knew what to say and they did so in unison,“Whatever you want, you know that as your parents, we will support you.”

“I know that and I do love you. But I have something else I need to bring up.”

“What’s that my darling?”

“We at the ‘The LGBTQI++BLBGBBBTBQBI?’ are considering changing the word parent. You see to be a parent, biologically, I don’t mean the pure way, you need genitals and they have specific roles. We feel that this is how the Nazis started and we want to stamp it out before it becomes too oppressive.”

Both their parents looked at each other.

“So what is the group considering? Calling us by our names?”

SeptemberThe28th shrugged, “Only if you were willing to change them.”

“To the same as their child. When we thought on it, we are not that happy about the phrase, ‘child’ either but that’s for another day.”

Jim and Debbie frowned and immediately apologised for their negativity.

“So we would all be called today’s date?”

“Yes. That way you would be recognising my wishes. I change every day so you should respect this.”

“Don’t you think that tomorrow it’ll be a bit confusing if me, your parent and you are all called September The29th ?”

September The28th got up and stormed out. Their parents held each other and felt disgusted with themselves.

A few minutes later they returned with a notepad.

“I’m sorry ParentsForNow, but that’ll need to go on the list for my therapist. When are you going to realise that you still label me? You can’t question my outlook. I’m the one in this house that is trying to achieve linear living.”

September The28th sighed, “I don’t expect you to understand. It’s all about tolerance. I’ll dictate it to you later.”

“You want us to write this down?”

“…What? Yeah, sure. My God, the oppression from your ignorance is unbelievable. …We  simply need to find me a therapist, one that I will always approve of.”

Their’s parents held each other tighter.

“You know that we love you unconditionally. We’re happy to be told about linear living but please don’t be angry with us.”

September The28th leaned forward and touched them both on their shoulders, “I’m not angry, just disappointed.”

The two of them felt the fear. Their parent plucked up some courage, “Would you be comfortable telling us what other issues you have on your list?”

September The28th thought for a second.

“Of course. I’m transparent. It’s the rest of the world that hides behind it’s bigotry and narrow-mindedness.”

“I think my biggest issue is sex noises from the heterosexual sex.”

“Oh, not you. I would cut your throats if I thought you were doing that, it’s so unnatural. I’m talking about them next door. I need to talk to my therapist to see how this is going to effect me. I will need medication for the PTSD that I’m suffering from hearing them humping and once I am a bit calmer, I will enlighten them. We may need to print them a specific T-Shirt.”

“But what about when your friends stay? I’ve heard them in the spare room.”

“Binary Fission, me! That’s completely different. Any of the The LGBTQI++BLBGBBBTBQBI? being physical is natural. And do you know why it is natural?”

Jim knew the answer, he was very pleased, “Acceptance.”

“Correct ParentForNow, acceptance of their own specific identity on that specific moment! Only when you accept other’s ways can you be physical with each other. And no matter what anyone says, we know that there are people out there who don’t accept us. Being tolerant is what we strive for so if even one person in the world isn’t tolerant of us, then the whole man in woman thing – God I feel sick – Can fuck off. And yes, I mean that word! We treat the rest of humankind as that one person treats us.

Fucking tolerance! That’s what it’s all about.

We’ve known from an early age that we didn’t know and we are specific about that. The confusion of those kids that feel an attraction for their opposite, well my heart bleeds for them.”

Jim knew he shouldn’t ask but sometimes, just sometimes he felt like rebelling, “But what about the gays and lesbians feeling that attraction?”

SeptemberThe28th jumped up and stared into their parent’s face, “How dare you tar them with the same brush!! Look what you’ve done, you’ve made me breech my own personal space!”

Debbie knew it was time to re-direct, “About that therapist, any thoughts?”

SeptemberThe28th sat back down but still glowered at Jim.

“I’ll leave that up to you. I’m saying nothing. You are the parents.

…But I’ll expect to be disappointed.”

September The29th‘s parents were still trying to research a therapist. In between that they were sewing the new slogans onto more T-Shirts.

September The29th had got up with the bird that liked to chirp at three O’ Clock and went into town to meet with some unidentified friends.

Jim and Debbie had toyed with the idea of a shag but it was too risky. If SeptemberThe29th had any suspicion they would have been back on the Prozac.

The door burst open at around five.

“Mum, dad, I’ve met the most wonderful person in the world.

Me and Sam just know that we’ll be soul mates forever.”

September The29th cut him off, “No, they’re the opposite of what I was today. But that’s all good as I thought that they were the same.”

Debbie wasn’t sure how she felt. She knew that she would be told later, “Are your friends at the The LGBTQI++BLBGBBBTBQBI? pleased for you and Sam?”

“Fuck them. I’ve no time for all that drama, I’ve a wedding to plan.”

September The29th‘s parents held each other and wondered if they should smile.

“Now get a notebook, we’ve a lot to get through. The first order of business is me forming a support group for those who want to merge their surnames.”

NB – I never ask opinion or show my work to anyone other than the other editors and Gwen before it is published but I decided that I wanted a different perspective on this one. I need to thank a few folks for giving me their thoughts and opinions.

Thank you all for your kindness, time and interesting feedback. It was very much appreciated!